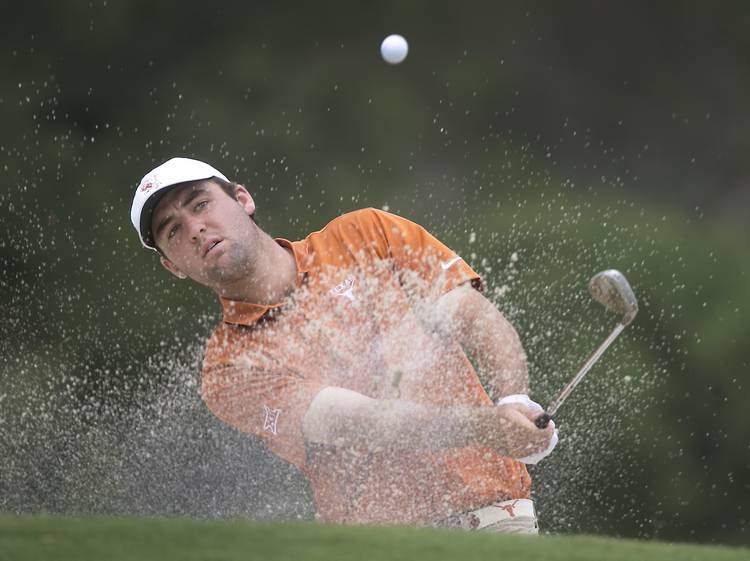 Scottie Scheffler shot 68 in each of the first two rounds at the NCAA Championship to lead Texas to a tie for 12th place after two days of stroke play in Sugar Grove, Ill.

Scheffler has a tournament-high 12 birdies and leads all competitors at 8 under par.

The No. 10 Longhorns shot 283 in the second round after completing the first round at 293. They’re even and tied with Oregon in 12th place. The top 15 teams after three rounds will move on to the final round of stroke play on Monday.

“We gave ourselves a chance to start moving towards where we want to be tomorrow, but it is one step at a time right now,” said head coach John Fields in a UT press release.

Doug Ghim bounced back from a first-round 77 by shooting a 70 in the second round to finish the day tied for 80th at 3 over par.

UNLV is at the top of the team standings, having shot 279 in the second round to finish the day at 14 under par. Oklahoma is in second place at 13 under.

Earlier on Saturday, three Longhorns were named to the PING All-Region team by the Golf Coaches Association of America.

Ghim, Hall and Scheffler were named to the Central Region team. Ghim and Scheffler each have a win this year. It’s the third straight All-Region honor for the trio.