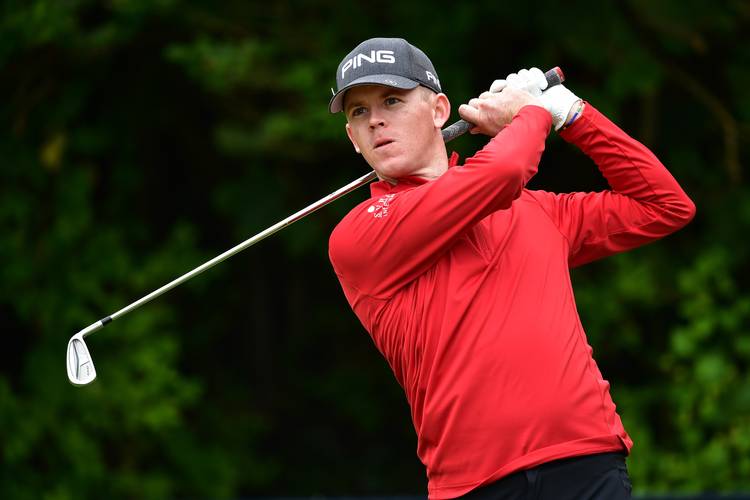 Brandon Stone (competing in the 2017 British Open) won the Scottish Open after shooting a 60 in the final round Sunday. (Photo by Stuart Franklin/Getty Images)

Jordan Spieth took a two-shot lead through two rounds of The Open Championship at Royal Birkdale Golf Club in Southport, England Friday. Another former Longhorn, Brandon Stone, made the cut as well.

Spieth leads a quartet of former Longhorns competing at the major championship this weekend. He followed up his first-round 65 with a 1-under-par 69 on the second day to take the lead over Matt Kuchar. Though he didn’t go bogey-free like Thursday, Spieth had a number of highlights on his way to being 6 under par overall.

In addition to Spieth, Stone made the cut which allows him to play through Sunday’s fourth round. Stone shot a 72, one shot better than his first-round score. He sits at 5 over par overall in a tie for 61st place, just one stroke away from missing the cut.

Stone, who won three events in his one year at Texas, started Thursday’s round with two double bogeys but made par on both holes Friday. He finished with three birdies in the round, like he did Thursday.

Stone was hopeful after completing the second round.

Considering my start yesterday and the ice cold putter the last two days, +5 in those conditions isn't bad at all. Hoping it's enough 🤞🏼 pic.twitter.com/kGYb9IEPei

When he realized he made the cut by one stroke he was understandably excited.

When you make the cut by one 😁😁😁 onto the weekend @TheOpen we go pic.twitter.com/zlK8U5iYCS

Dylan Frittelli and Jhonattan Vegas failed to make the cut after two rounds. Frittelli was 8 over par after shooting 73 and 75 while Vegas finished at 11 over with rounds of 75 and 76.