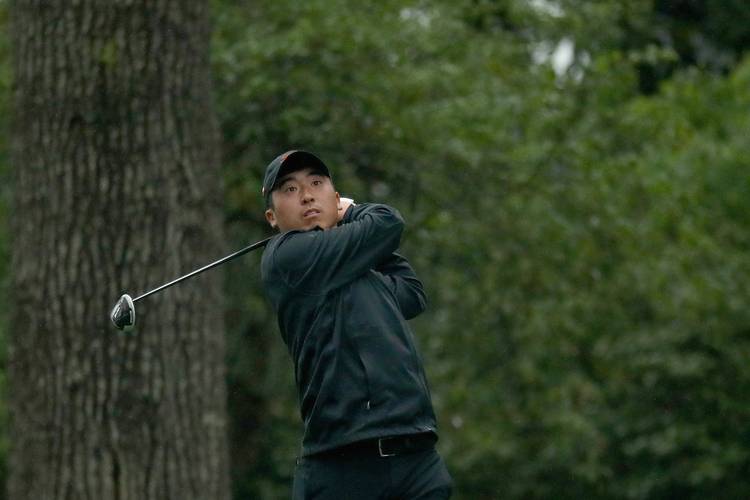 With All-Americans Doug Ghim and Scottie Scheffler each shooting 2-under-par 70s, the University of Texas men’s golf team settled into 10th place Sunday after three rounds of the NCAA Championship in Stillwater, Okla.

That earned the Longhorns a place in Monday’s final round of stroke play, which is reserved for the top 15 teams in the 30-team field. The top eight after the fourth round advance to team match play.

Ghim had four birdies and two bogeys as he shared third place in the individual standings at 6-under-par 210. Scheffler was 3 over for the round after three holes but rallied and notched a 54-hole total of 211, good for sixth place.

Bryson Nimmer of Clemson led after three rounds at 9-under-par 207. Brandon Mancheno of Auburn was two strokes behind Nimmer.

Texas will tee off in Monday’s final round of stroke play beginning at 12:20 p.m. Central from hole 10 alongside Arkansas and Clemson. Only the top eight teams after the completion of Monday’s round will move on to the Match Play portion of the NCAA Championship. Match play quarterfinals and semifinals are scheduled for Tuesday, May 29, and the Championship final is set for Wednesday, May 30.

This will be the third LPGA major championship for Schubert, who recently finished her UT career. She won the 2017 U.S. Women’s Amateur Championship last summer. Cooper was rated No. 5 on the list of 2018 signees by Golfweek.