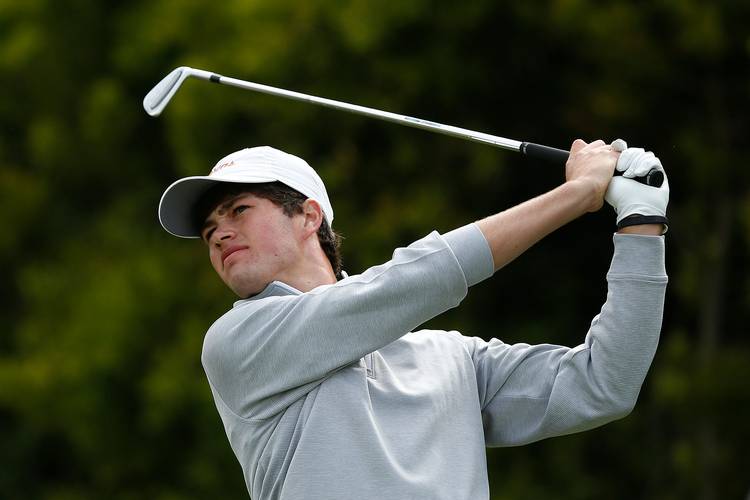 Freshman Cole Hammer shot a 66 Sunday to lead the Texas men’s golf team to a third-place tie at the Big 12 Championship in White Sulphur Springs, W.Va.

Hammer, who also tied for third in the individual standings, had five birdies and one bogey in the third round as he recorded his seventh straight top-10 finish of the season. His 6-under-par 204 total left him two strokes behind Hayden Springer of TCU and one behind Viktor Hovland of Oklahoma State. Matching Hammer’s score was the Horned Frogs’ David Ravetto.

UT freshmen Pierceson Coody and Parker Coody, twin grandsons of 1971 Masters champion Charles Coody, tied for 17th at 3 over par. Parker had four birdies in a third-round 71, and Pierceson carded a 77. Parker has four top-20 finishes, and Pierceson has six, including five in a row.

Texas senior Steven Chervony shot a 70 to tie for 31st at 7 over, and junior teammate Spencer Soosman’s 79 left him tied for 45th at 13 over.

Chance to reach the NFL still exists for undrafted Longhorns