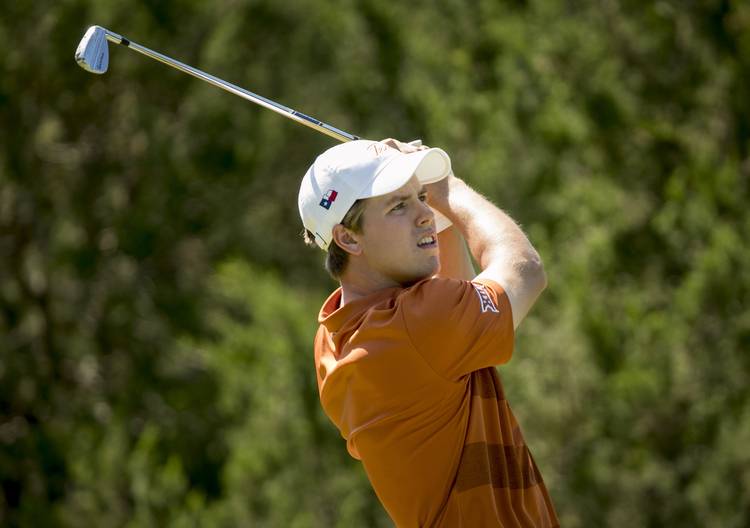 The Texas men’s golf team shot 290 in the second round of stroke play at the NCAA Championship in Fayetteville, Ark., to move into fifth place Saturday.

The Longhorns sat in eighth place after the first round but improved by eight strokes on the second day of competition.

Parker Coody followed up a 72 in the first round with another 72 in the second round. He leads the Longhorns with a total of 144 and sits in a tie for ninth.

Cole Hammer and Steven Chervony were tied in 36th place after the first round, but Chervony improved on the second day. He shot 70 for the Longhorns’ best score of the day. Chervony is one stroke behind Coody and in a tie for 16th. Hammer shot 76 to record a 151 through two rounds and sit in a tie for 72nd.

Spencer Soosman and Pierceson Coody both have a total of 153 through two rounds. They’re tied for 89th.

Collin Morikawa of California led the individual competition on the strength of his 67 in the first round, but he fell behind by a stroke to Austin Eckroat of Oklahoma State in the second round. Eckroat’s teammate, Matthew Wolff, is also one stroke behind and tied for second place.

The Texas men’s golf team will be paired with Auburn and Oklahoma Sunday. They’re set to tee off at 7:12 a.m. from hole 10.