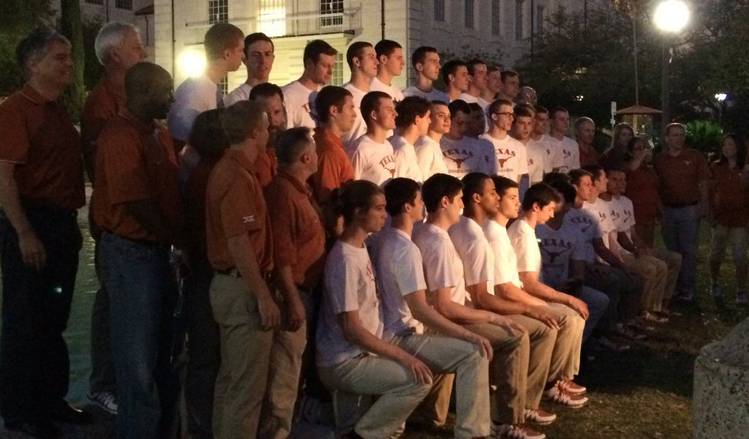 The Texas men’s swimming & diving team brought home its 12th national title over the weekend, crushing NCAA records and putting Eddie Reese atop the all-time list of coaches. What better way to celebrate than with a “1” on the UT Tower?

Horns up 🤘🏼 for The Eyes of Texas! pic.twitter.com/ZkEAKbsohu

The tower is officially lit for @TexasMSD's national championship. pic.twitter.com/JHRAiWMlZo

There was also plenty of celebrating immediately following the team’s victory in Atlanta on Saturday night:

We do love a good post-championship pool party + The Eyes of Texas pic.twitter.com/ufba9XGHJi