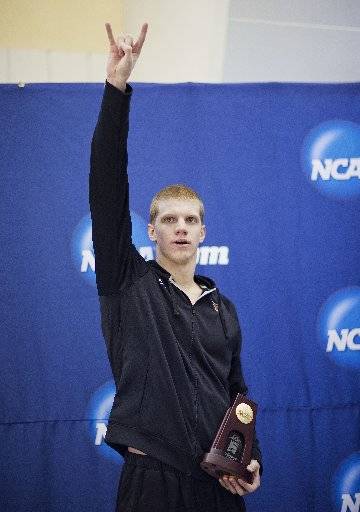 The Texas men, who are vying for their third straight national swimming and diving title, broke an American record Wednesday to kick off the NCAA meet in Indianapolis.

The 800-yard freestyle relay team finished second to North Carolina State. Both the Wolfpack and Longhorns were faster than the American record, which was set by Texas back in 2009. But because N.C. State’s relay had a foreign-born swimmer, Texas was given the American record. N.C. State settled for the NCAA and U.S. Open record.

Longhorn sophomore Townley Haas, an Olympian who anchored the relay, swam his leg in 1 minute, 30.42 seconds. It was the fastest split ever in an 800 free relay.