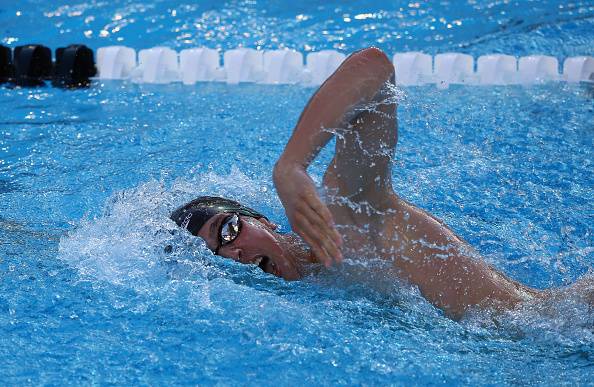 “We talked about this for about six months and he wanted to go for it,” UT coach Eddie Reese said.  “Those are hard records to get.  A great distance swimmer held that American record, Erik Vendt.  It happened in the era of the big tech suits, and so to break one of those long records was really hard to do.  That’s as hard as he’s ever worked in a race.”

Smith very nearly broke the NCAA record in the 500 free two days ago. He’s the defending NCAA champion in the event. He didn’t swim the at last season’s national meet, but now plans to do so.

Smith is the son of two former Longhorn swimming champions.

Mother Tori Trees Smith was a 1984 Olympian backstroker. She was the 1985 NCAA champion in the 200 backstroke.