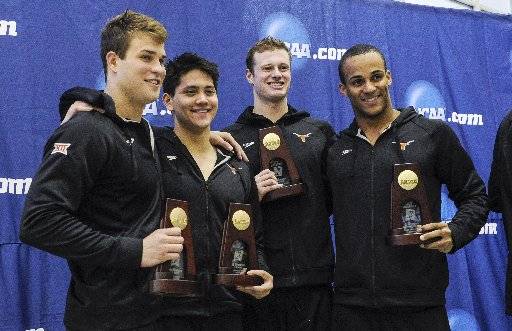 The Longhorns, with a near insurmountable lead, should win their 12th NCAA swimming and diving title tonight.

And if Texas does bring home the national title, UT would tie Michigan as the all-time winningest program in men’s swimming history.

Coach Eddie Reese has coached all of the Longhorns championship wins. So he’d also pick up a 12th, which would give him the most championships ever in his sport. He’s currently tied with former Ohio State great Mike Peppe.

In addition, two Longhorns will be favored to score well in the 1,650-yard freestyle. Those are timed heats. UT’s Clark Smith is the top seed in the 1,650, while freshman sensation Townley Haas already has won two NCAA titles this meet.