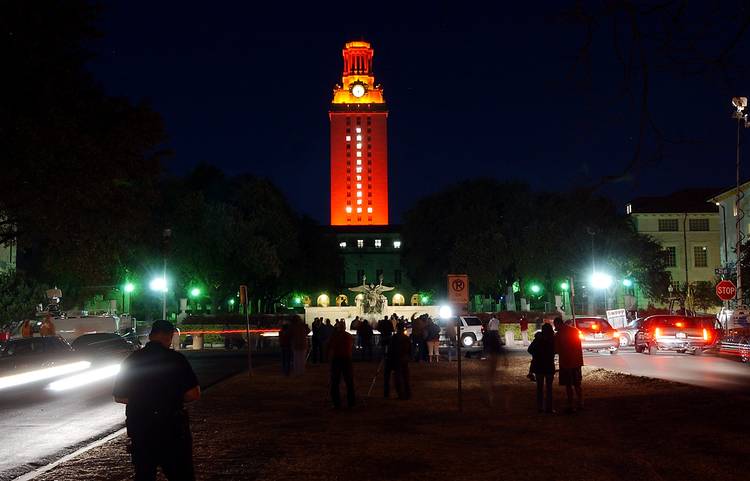 The UT Tower is lit to celebrate a championship won by the school's athletic program. Brian K. Diggs/AMERICAN-STATESMAN -

Following its win in the pool, Texas’ Longhorns will once again celebrate on land.

With the tower serving as a backdrop, UT’s swimmers and divers will take group photos in front on the Littlefield Fountain at 8:15 p.m.