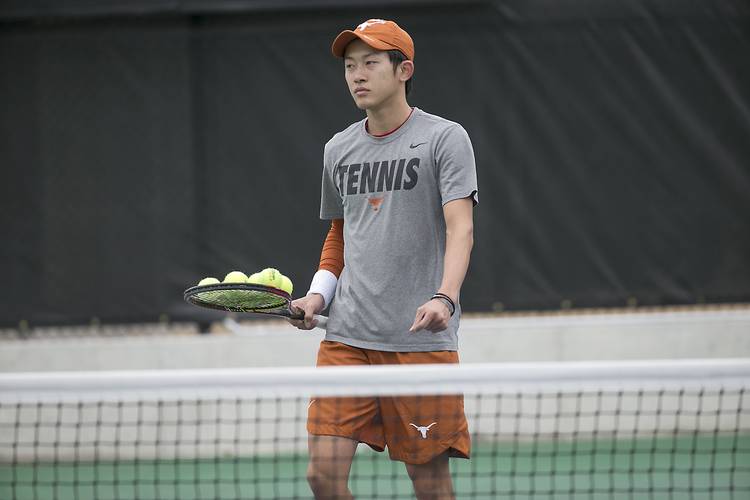 The Texas men’s tennis team swept through the Oklahoma State Cowboys on the way to a 4-0 win at the Texas Tennis Center on Friday.

The No. 19 Longhorns only surrendered one doubles set before securing the point and taking three singles wins.

Christian Sigsgaard sealed the match with a 6-4, 6-4 win over Tristan Meraut.

Harrison Scott and Sigsgaard opened competition with a doubles win over Brady Draheim and Mathieu Scaglia. They won 6-1 before the No. 11 Cowboys tied doubles with a 6-3 win.

Rodrigo Banzer and Leonardo Telles clinched the doubles point with a hard-fought 7-5 win at first doubles.

Telles brought Texas to within a win of sealing the match with a 6-2, 6-3 triumph over Jurence Mendoza.

The Texas men’s tennis team will next host Oklahoma on Sunday at 4 p.m.