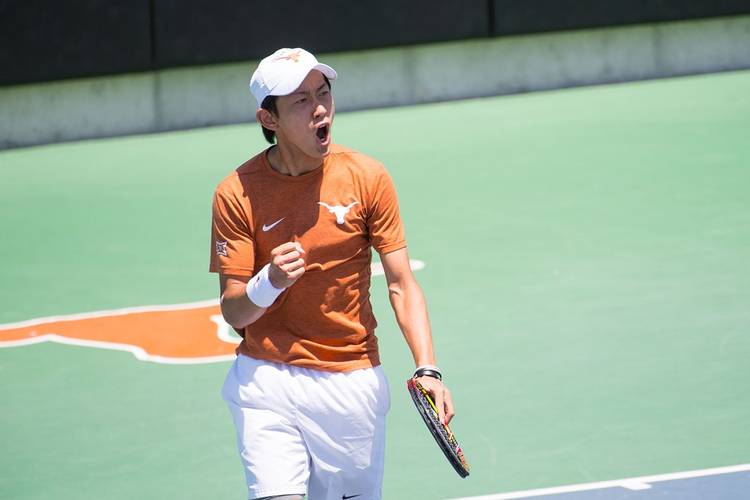 The win advances the Longhorns to the ITA National Indoor Championship in Chicago, beginning Feb. 15.

Texas won the doubles point after splitting two matches with the Hurricanes. They followed with three singles wins to clinch the victory and moved the Longhorns to 4-0 in dual-match play.

“I thought we had a really terrific day in singles,” Center said. “We were really strong up and down the line. Yuya Ito was off-the-charts good and Christian won a tremendous match against a player he actually lost to a couple weeks ago.”

Huang clinched the match with a 6-2, 6-3 win over Franco Aubone.

The Texas men’s tennis team next faces UT-San Antonio Wednesday at 2 p.m. Later that day they take on Texas A&M-Corpus Christi at 6 p.m. Both matches will take place at the Texas Tennis Center.