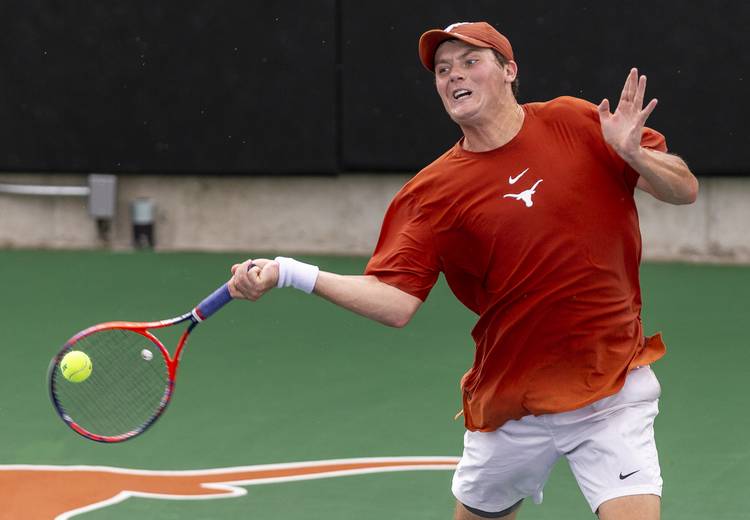 Texas' Harrison Scott competes in the singles competition against Tennessee Tech in the first round of the NCAA Tennis tournament at the Texas Tennis Center in Austin, Friday, May 3, 2019. [Stephen Spillman/for Statesman]

The Longhorns men’s tennis team topped TCU 4-1 to advance to the semifinals of the NCAA Tournament in Orlando, Fla., on Thursday.

In a season that could have been derailed due to off-the-court issues, the Longhorns have reached the Final Four for the first time since 2009. They’ll play the winner of Florida and Baylor for a chance to reach the final.

The Longhorns took the doubles point and surrendered just one singles match on the way to the win.

Leonardo Telles and Colin Markes clinched the doubles point with a 6-3 win after Christian Sigsgaard and Scott won 6-2.

Texas is back in action in the Final Four at 11 a.m. Saturday.

With rain in this weekend’s forecast, Texas and Oklahoma opt to play three times in two days