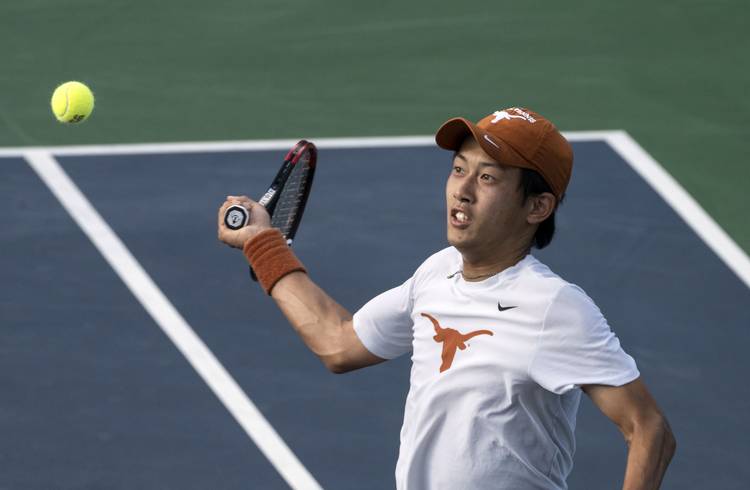 The Texas men’s tennis team picked up 10 more wins at the Miami Invitational in Coral Gables, Fla., on Saturday.

Jacob Bullard and Cleeve Harper both earned singles wins as well. The freshmen topped players from Georgia in straight sets.

Nevin Arimilli and Eshan Talluri rounded out the singles winners for Texas.

Texas swept its doubles matches with all wins coming against Wisconsin. Joining Ito and Sigsgaard as victors, Eliot Spizzirri and Siem Woldeab won 8-2. Harper and Huang won 8-4 while Bullard and Evin McDonald won 8-2.