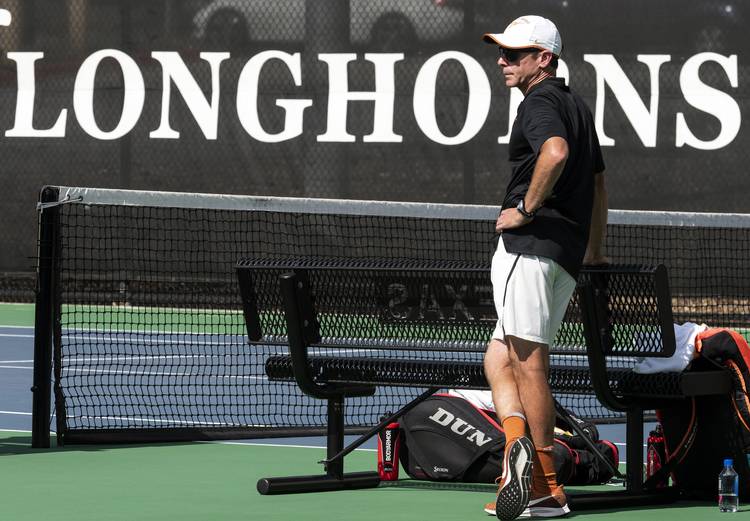 The No. 1 Texas men’s tennis team fell to No. 6 Ohio State 4-1 in Columbus on Saturday.

The loss ends a 10-match winning streak for the Longhorns which included their run to the national title last season.

Robert Cash defeated Chih Chi Huang 6-4, 6-3 to clinch the victory for the Buckeyes, who won the doubles point and took three singles wins.

“I felt like our team was ready to play and confident they could compete and play well enough to win the match, but we also knew that Ohio State is a great team, and especially in their building,” head coach Bruce Berque said.

Yuya Ito, ranked second in the country, had the lone Longhorns’ win of the day, defeating No. 24 John McNally 6-3, 6-3 at first singles. It was Ito’s 18th straight singles victory.

A win by McNally and Cash, the No. 2-ranked duo in the country, over the No. 4 team of Ito and Christian Sigsgaard sealed the doubles point for Ohio State.

Ito’s win got Texas back in the contest, but James Trotter made it 3-1 with a 6-4, 6-3 win over Cleeve Harper, setting up Cash’s clinching victory.

The Longhorns will have to regroup soon as they next face No. 18 Georgia Saturday at noon at the Texas Tennis Center.