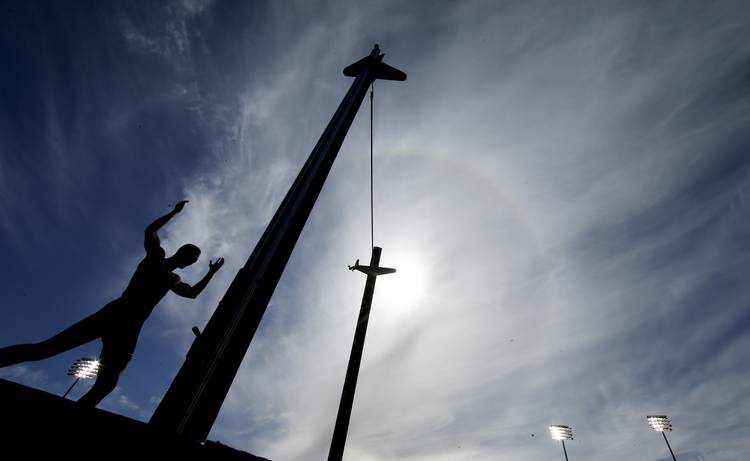 Reese Watson, who qualified for Monday’s pole vault final, was unable to compete after the quad injury he suffered on Saturday flared up during warmups at the U.S. Olympic Trials in Eugene, Ore.

With the possible qualifying height likely to be set at 18 feet-8 1/4 inches Watson decided to pull out of the event to avoid a serious injury. Watson cleared a season-best 18-1/2 on Saturday after being accepted to the trials due to injury scratches and unaccepted entries.

“I didn’t want to risk getting injured again and having to start from ground zero,” Watson said.

He plans to attempt to compete professionally for a year and that entered his decision process.

“Today, I got to watch the meet record get broken, and I definitely got some work to do. That’s what I’m seeing here. It was a great experience,” Watson said of seeing Sam Kendricks’ performance on Monday. Kendricks finished in first place with a height of 19-4 3/4.

The Olympic Trials take a break on Tuesday and will continue on Wednesday with the men’s and women’s hammer throw. Current and former Texas Longhorns athletes will get back in action on Thursday.