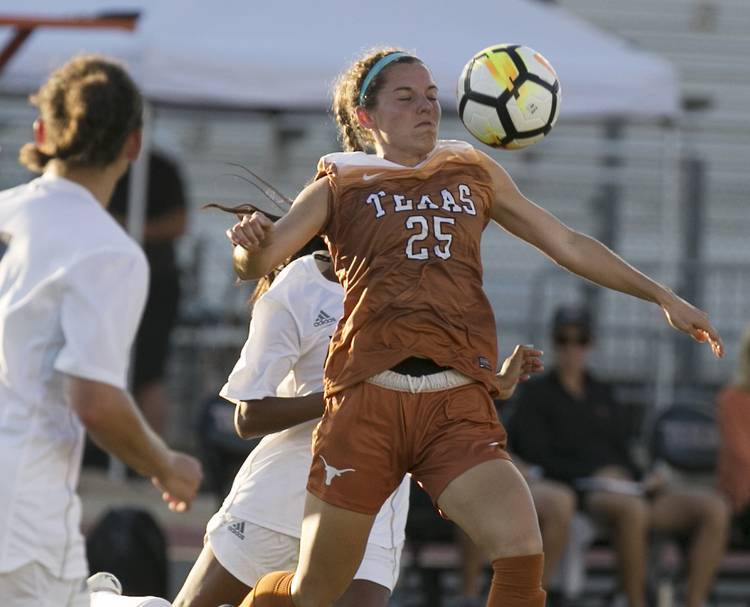 The Texas soccer team finished off the spring season with a 4-0 win over Northwestern State in Dallas on Saturday.

The Longhorns won four full-squad games during their spring schedule.

They opened with a 3-0 win over UT-San Antonio at Myers Stadium on Feb. 16. A 3-1 win over Texas A&M-Corpus Christi followed on March 3. The Longhorns then topped St. Edward’s 2-0 at Whitaker Field on the UT campus on March 23.

Cyera Hintzen was an offside call away from registering a goal as well. In the 20th minute she was assisted by Billups but was ruled offsides.

They doubled the lead when Allen scored at 34:30 into the first half.

Glenn scored in the second half to make it 3-0 before Billups capped the scoring with a tap in goal not two minutes later.

The Texas soccer team is coming off a season in which it reached the NCAA Sweet 16 for just the fourth time in school history. The team is returning 24 letter winners.