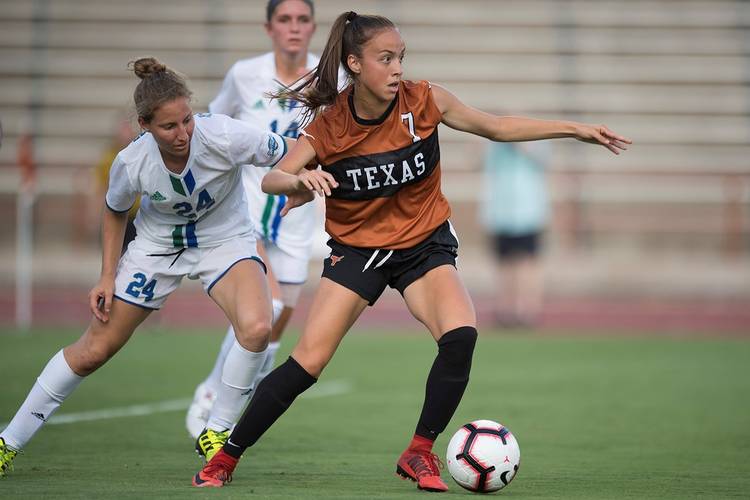 When Texas hosts Stephen F. Austin on Sunday, freshman midfielder Julia Grosso will be playing for a different team.

Grosso has been called up to the Canadian Women’s Senior National Team for a friendly on Sunday. Canada is set to face Brazil in Ottawa. Grosso, who turned 18 earlier this week, hails from Vancouver and participated in a friendly against Germany in June.

Due to her call-up, Grosso also missed UT’s 2-1 win over Long Beach State on Thursday. She will return to Texas following Sunday’s contest.

Grosso has started two of the three games she has appeared in at Texas. She has taken three shots but has yet to score.

Stephen F. Austin is 1-2 this year. One of those defeats was a 4-0 loss to the Big 12’s TCU. In its history, Texas has won the only two matches it has played against the Ladyjacks.

You KNOW you want to learn more about our freshman midfielder @GrossoJulia, so give this “Get to Know” feature a look! #RAMPED #HookEm pic.twitter.com/kTibeU1DYM