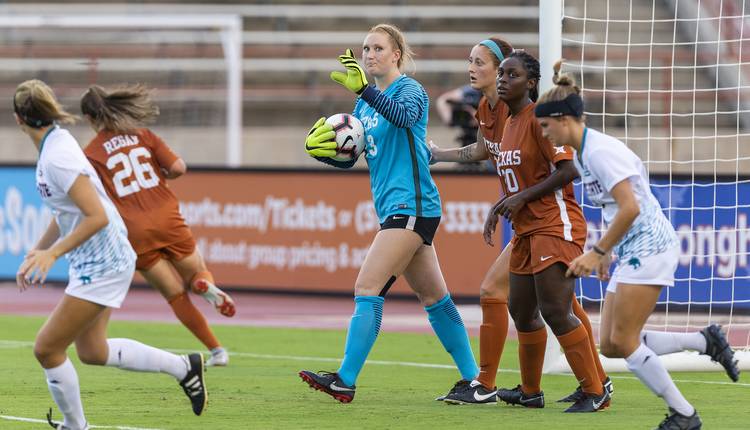 The Texas Longhorns soccer team fell to No. 14 West Virginia 1-0 in the semifinals of the Big 12 tournament Friday in Kansas City, Mo.

Sh’Nia Gordon scored in the 64th minute, ending the Longhorns’ short run in the postseason conference tournament. Nadya Gill assisted on the play.

Texas, ranked No. 18, now awaits the NCAA selection process to see when and where it’ll play to open the NCAA tournament.

Baylor won the other semifinal, defeating Texas Tech 2-1 in overtime. The Bears will face West Virginia at 2:30 p.m. Sunday for the Big 12 title.

Nicole Curry had a solid game in net, making eight saves for the Longhorns. West Virginia’s goalkeeper Rylee Foster had to make just three saves to record the clean sheet.

Haley Berg, Cydney Billups, Katie Glenn and Chelsea Surpris each had a shot on goal for the Longhorns.