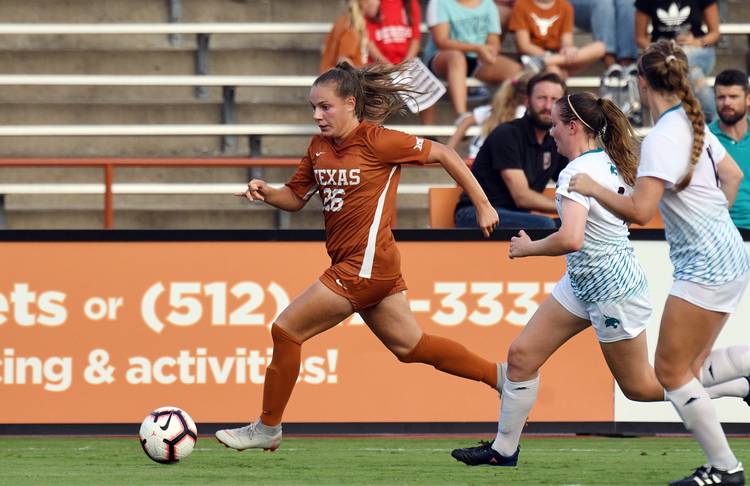 After a thrilling, season-opening victory, the Texas soccer team ran into stiff competition, falling 3-0 to Denver on the road Thursday night.

The unranked Pioneers took a 1-0 halftime lead before adding two more goals over the No. 11 Longhorns in the second half.

The loss drops Texas to 1-1 for the young season. The Longhorns have already given up six goals in just two games while scoring four.

Neither team broke through until Hannah Adler scored in the 30th minute. Adler made it 2-0 when she scored early in the second half.

Samantha Feller all but put the game away when she scored in the 71st minute.

Texas next faces Colorado Sunday at 2 p.m. on the road.