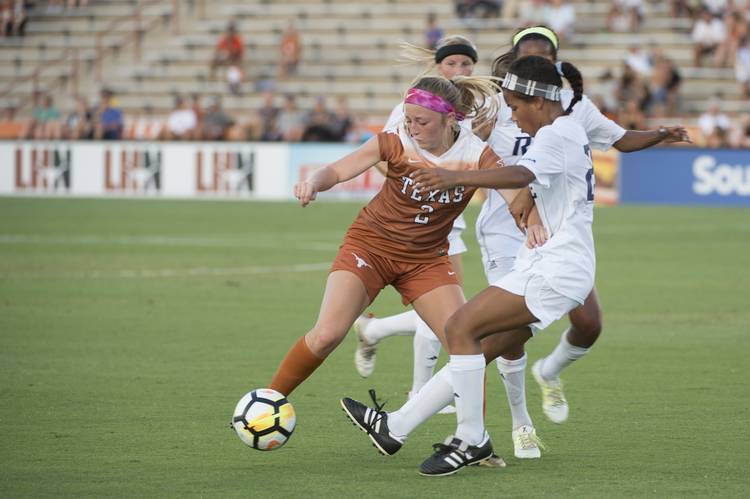 Haley Berg earned the honor of Big 12 player of the week after a pair of Texas wins over the weekend, the league announced Tuesday.

Berg scored three goals and assisted on two others over the weekend. The Longhorns won games against Stephen F. Austin and Texas A&M-Corpus Christi.

It’s the third time Berg has been named Big 12 player of the week in her career at Texas. The first two times occurred in 2017 during her freshman year.

Against Texas A&M-Corpus Christi, Berg scored and assisted on another goal in the 3-0 shutout.

The Longhorns next face Washington on Friday at 7 p.m. at Myers Stadium. They then take on Monmouth on Sunday at home at 1 p.m.