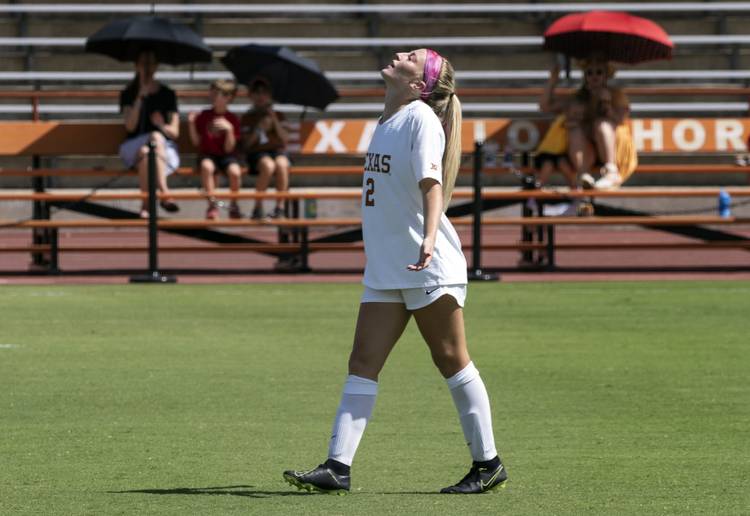 Texas Haley Berg, (2), celebrates a goal against Grambling State during a non-conference NCAA match held at Mike A. Myers Stadium, in Austin, Tx., on Sunday, Sept. 22, 2019. [Rodolfo Gonzalez/ FOR STATESMAN]

The Texas soccer team took a two-goal lead and held on to defeat Baylor on the road 2-1 Friday night in Waco.

Sarah Norman scored the lone goal for Baylor in the 57th minute.

Savannah Madden started in goal for the Longhorns, saving seven shots, including one in the 90th minute. Arguably her best save came in the 57th minute when she tapped a shot just over the bar in the nick of time. That preserved a 2-0 lead briefly before Baylor scored its only goal moments later.

Baylor goalkeeper Jennifer Wandt made three saves on the eight shots on goal she faced. Texas took 12 overall shots while Baylor took 13, five of which were on goal.