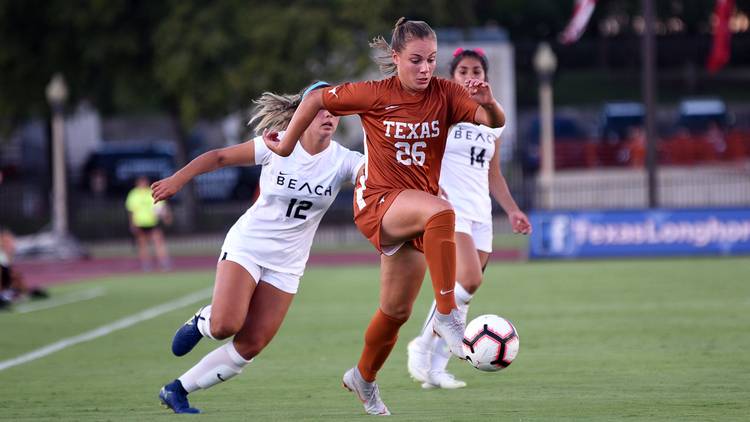 Texas' Emma Regan, seen in a previous match, was the only Longhorn to score Sunday against TCU. (Photo by Texas Athletics)

Goals were hard to come by as Texas and TCU remained scoreless through regulation and two overtimes Sunday, but the Horned Frogs found the net three times to the Longhorns’ once in the shootout to win their quarterfinal match at the Big 12 Soccer Tournament.
Emma Regan’s penalty kick was the only score for Texas (11-7-1) in the shootout against goalkeeper Emily Alvarado. But TCU (10-6-3) connected on all three of its kicks to advance to the semifinals Friday against Texas Tech. Yazmeen Ryan, Grace Collins and Maddy Warren were successful on their shots.
Three UT starters missed the game because of injuries: midfielder Julia Grosso, forward Mackenzie McFarland and midfielder Carlee Allen.
Texas will find out its NCAA Tournament fate Monday.