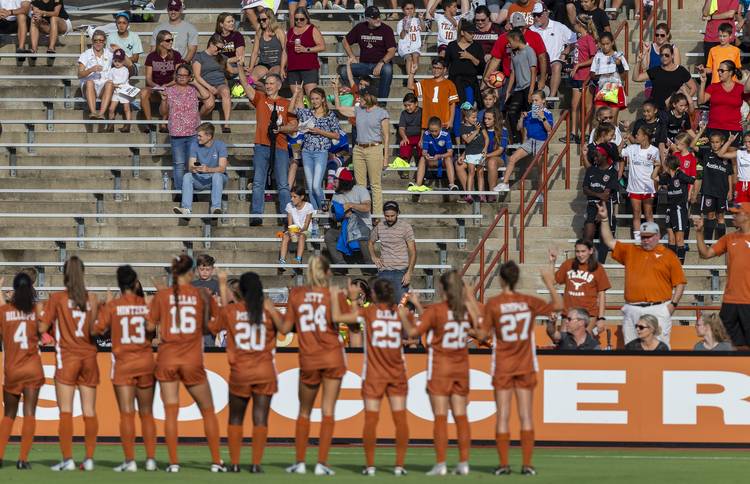 The start of Texas’ soccer season has been pushed back to Sept. 11, the Big 12 announced on Tuesday.

Originally, Texas was set to kick off its season against UTSA on Aug. 20. After concerns about the coronavirus pandemic led to a shuffling of the schedule, an Aug. 30 date with Rice was circled as UT’s opener. The Big 12 then nixed all of its volleyball and soccer program’s non-conference contests.

Texas will now battle its nine conference foes over a nine-week span. In previous years, Texas may have played two conference matches in one week. Each of the Big 12 teams will just play once per week this fall, though.

First up for Texas? A home match against Kansas on Sept. 11. Both Texas and Kansas qualified for the NCAA’s tournament in 2019.

Here is the Longhorns’ updated schedule:

What exactly is Texas playing for? After all, the postseason tournament for soccer was among the fall championships that the NCAA axed this month. A proposal to move these cancelled championship competitions to the spring has been given the green light, but the NCAA has not yet explained how that will work.

The Big 12 did not say on Tuesday whether it will still hold its annual postseason tournament. A spokesperson later said the league would make a decision after the NCAA clarifies its plans. In every year since 1996, the Big 12 has crowned a tournament champion. The Round Rock Multipurpose Complex was set to host this year’s tournament.