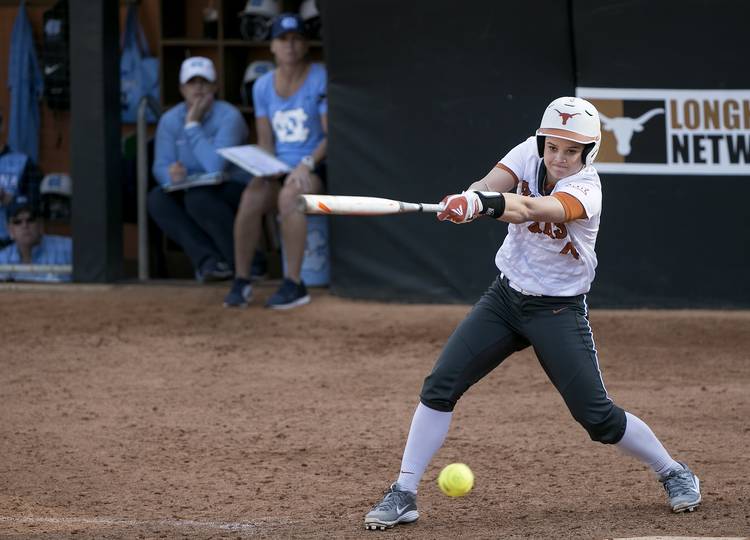 The Texas Longhorns fell to the No. 16 Minnesota Gophers 5-2 in their second game at the Texas Classic at McCombs Field Friday night.

Minnesota scored three runs in the first inning off Erica Wright and that’s all they would need to seal the win.

Sara Groenewegen earned the win for Minnesota as she struck out seven while allowing two runs on four hits through seven innings. Wright was hit with the loss as she gave up three runs on two hits while walking five in three innings.

Maddie Houlihan was 2 for 3 with a run scored, a double and two runs batted in.

After Houlihan walked, Groenewegen reached base on a fielder’s choice RBI that scored Parlich. Houlihan scored later in the inning on a bases loaded walk drawn by Sydney Dwyer.

The Longhorns got on the scoreboard in the third inning on a bunt single by Devon Tunning that scored Stephanie Wong. Wong walked and stole second earlier in the inning. She finished the game 1 for 2 with a run scored and an RBI.

Parlich scored again on an RBI double by Houlihan in the top of the fourth to make it 4-1 before the Longhorns added a run in the bottom half of the inning.

Tiarra Davis and Taylor Ellsworth were the only other Longhorns to record a hit in the game.