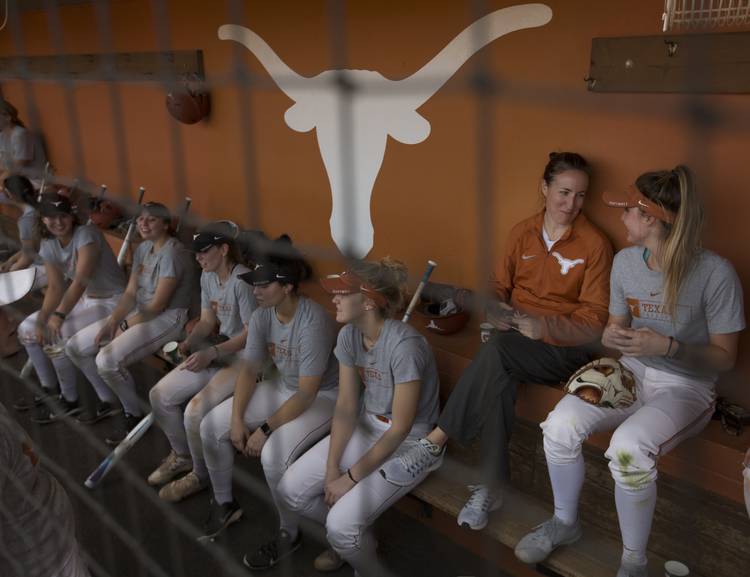 A three-run first inning and a one-hitter by Erica Wright helped the Longhorns softball team complete a sweep of Saturday’s doubleheader with Cal State Fullerton (14-15) in Fullerton, Calif.

The Longhorns defeated Cal State Fullerton 4-0 in the second game of the doubleheader after a 10-1 win earlier in the day.

Wright improved to 3-2 as she gave up no runs on just one hit through seven innings while striking out seven. She walked just two in the game and took a no-hitter to the seventh before allowing a single with one out.

Kaitlyn Slack bunted for a single which scored Hathaway in the fifth to provide insurance.

Tiarra Davis (3-5) picked up her third win, allowing one run on three hits through five innings. She struck out seven on the way to her 50th career win for the Longhorns.

The Longhorns softball team next has a midweek contest hosting McNeese State at 4 p.m. Wednesday before starting Big 12 play next weekend.

50 in 50: The Texas football defenses that dominated