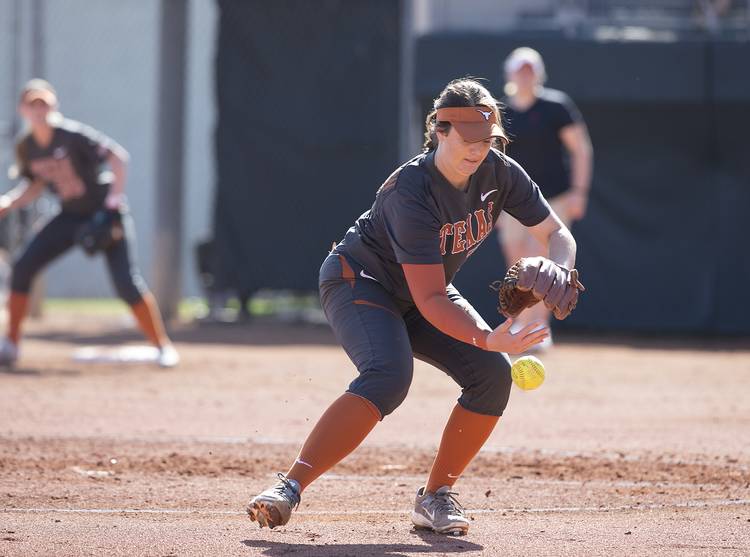 Texas pitcher Paige von Sprecken, seen in a game earlier this year, gave up six runs Sunday, but only one was earned. DEBORAH CANNON / AMERICAN-STATESMAN

The Oklahoma softball team scored five unearned runs Sunday afternoon in a 6-0 victory that completed a three-game sweep of Texas at McCombs Field.

Paige Lowary (9-1) pitched 5 1/3 shutout innings and struck out six while allowing five hits and no walks for the 11th-ranked Sooners (35-7, 6-0). Paige Parker finished up with two strikeouts, no hits and no walks in 1 2/3 innings.

Paige von Sprecken (5-4) was saddled with the loss, lasting only two innings and giving up four hits and four walks.

Shay Knighten was 2 for 2 plus a pair of walks, scored a run and knocked one in for Oklahoma. Nicole Pendley and Kelsey Arnold contributed two hits apiece. Alissa Dalton scored two runs, and Arnold, Caleigh Clifton and Macey Hatfield scored the others.

Next up for the Longhorns is a visit to Texas Tech at 6 p.m. Thursday.