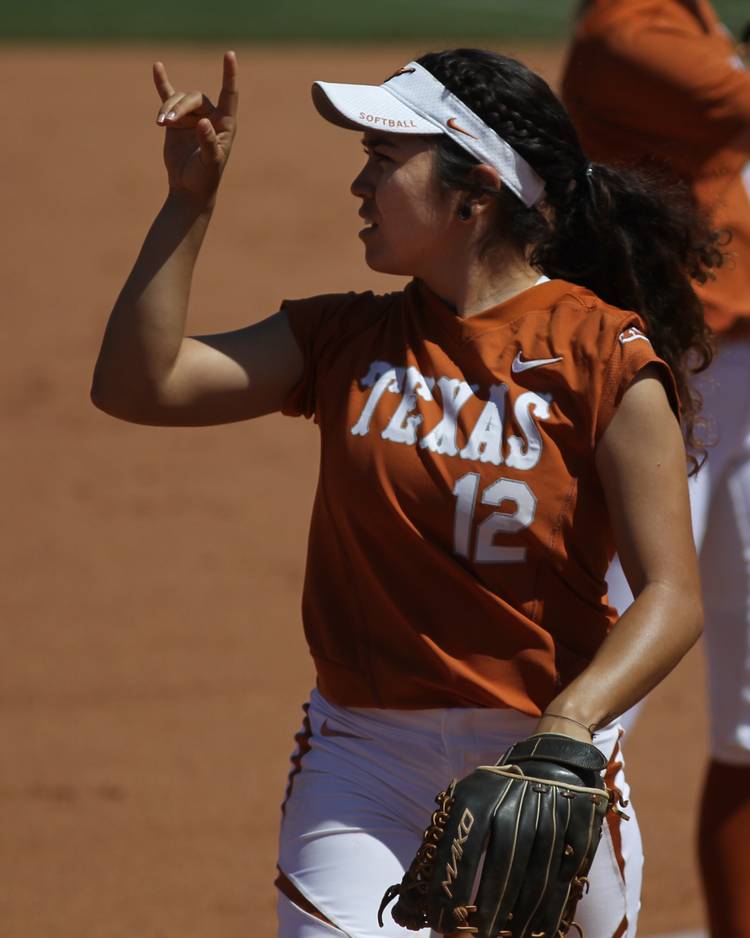 The Longhorns softball team completed a three-game sweep of Texas Tech as they outmuscled the Red Raiders 11-3 on Saturday afternoon.

Texas pounded out 17 hits, including five for extra bases, on the way to its first Big 12 sweep of the season.

An eight-run second inning put Texas in the driver’s seat for the game.

Kristen Clark (3-0) earned the win, allowing no runs on four hits through 3 2/3 innings. Texas Tech starter Kassidy Scott (9-15) was chased from the game after two innings.

With UT trailing 2-0 after the first inning, Malory Schattle, Wong, Washington, Felix and Randel Leahy all had RBIs in the top of the second to make it 8-2.

The Longhorns softball team will resume action on Wednesday when they host Texas Southern at 5 p.m.