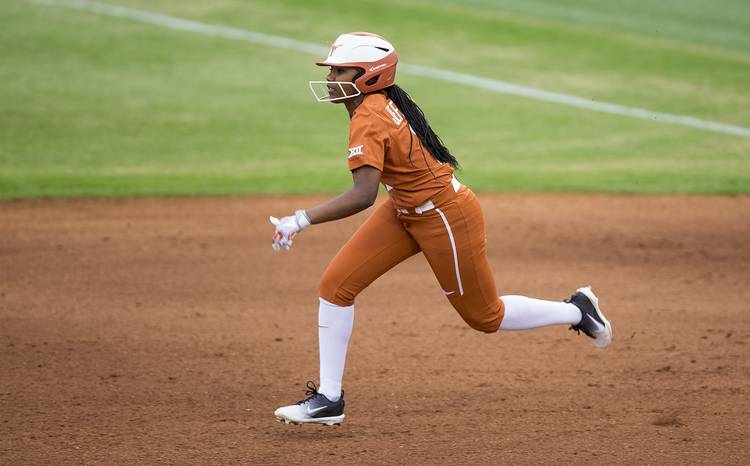 The Texas softball team opened the season with a pair of wins at the Texas Classic at McCombs Field on Friday. They topped Incarnate Word 2-0 before defeating Wisconsin 5-1.

A three-run fifth inning helped the Longhorns (2-0) take control of the evening contest with the Badgers (0-2).

Freshman Janae Jefferson went 1-for-3 with a run scored, a double and an RBI. Reagan Hathaway was 1-for-1 with a home run and two RBIs in the win. Taylor Ellsworth also homered in the contest.

Brooke Bolinger earned the win after allowing one run on three hits while striking out 10 batters in seven innings.

After Wisconsin took a 1-0 lead in the first inning, the Longhorns scored a run in the third and fourth frames to go up a single run.

Back-to-back home runs in the fifth by Hathaway and Ellsworth gave the Longhorns plenty of insurance.

Von Sprecken earned the complete-game shutout as she allowed just three hits and struck out six.

Jefferson provided all the offense Texas needed in her impressive debut. She went 2-for-2 with a triple and 2 runs batted in.

Another freshman, MK Tedder went 1-for-2 with a run scored while Bekah Alcozer doubled and scored a run in the win.

Jefferson gave Texas the lead with a single up the middle that scored Alcozer in the third inning. The freshman later tripled in the fifth with two outs to drive home Tedder.