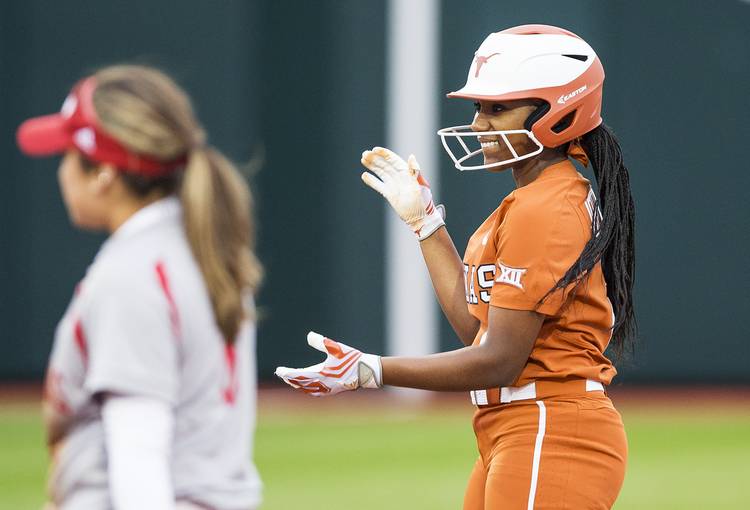 After starting the season with two wins Friday, the Texas softball team dropped two games Saturday at the Texas Classic at McCombs Field.

Despite the losses, freshman Janae Jefferson continued to shine, getting an extra-base hit for the fourth game in a row to start her UT career. She scored a run and doubled against Wisconsin.

More offense came from Paige von Sprecken and Kaitlyn Washington. Each went 2-for-3 with a run scored. Von Sprecken doubled and had an RBI as Texas took a 3-2 lead. Taylor Johnson hit a two-run homer in the fourth inning to keep the Badgers close. They tied the game in the seventh and broke out in the eighth.

In the first game Saturday, Colorado State (4-0) was led by Bridgette Hutton’s strong pitching performance. She allowed two runs on five hits in a complete-game effort.

Jefferson went 2-for-3, contributing a double and two RBIs.

Haley Donaldson’s single in the fourth scored Ashley Michelena to put the Rams up 3-2, and Hannah McCorkhill added a three-run homer in the seventh.

Jefferson went 3-for-5 with a double, a triple, a run and three RBIs on the day.

Brooke Bolinger and von Sprecken were victorious on the mound.

The Texas softball team earned its 14th season-opening shutout and hasn’t lost an opener in the program’s 22 years.