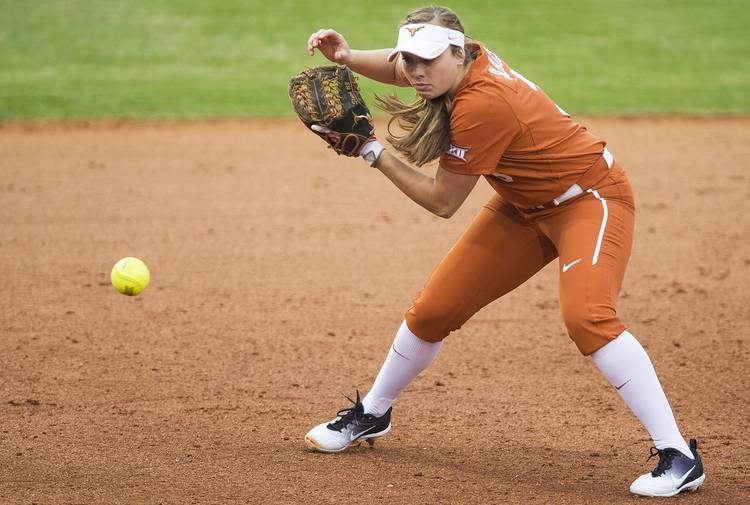 Texas softball pitchers held the Texas A&M-Corpus Christi Islanders to just two hits in five innings on the way to an 8-0 run-rule win at McCombs Field on Wednesday night.

Erica Wright (2-2) picked up the win as she allowed no runs on one hit through four innings. She struck out four of the 14 batters she faced.

“Really, we were just honestly focused on ourselves,” UT head coach Connie Clark said. “This time of year you come off those big tournaments, and we have been playing so much that we don’t get many practice opportunities. We’ve got to continue to work on those individual things and grow.”

The Longhorns had nine hits in the five-inning contest.

Taylor Ellsworth helped get the Longhorns on the scoreboard when she stole second base in the first inning. A throwing error allowed her to advance to third while Hayter ran home from third.

Von Sprecken drove Ellsworth home later in the first before Slack’s RBI single made it 3-0.

A double by Alcozer made it 5-0 as Slack and MK Tedder scored to cap the first.

Texas added two more runs in the second before Clark’s first collegiate RBI put the Longhorns up 8-0 heading to the fifth.

Ariana Adams pitched one inning of relief, allowing one hit in one inning in her debut for Texas.

The Texas softball team next hosts Arizona on Friday at 4:30 p.m.