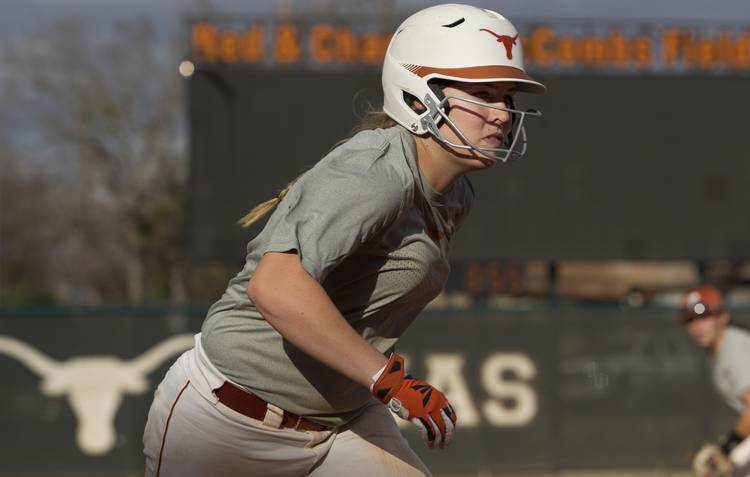 Bolinger (9-5) got the victory in the circle for Texas, pitching five innings of one-hit ball with two walks and nine strikeouts. Wright struck out three over two innings of relief. UT pitchers have combined to throw 15 1/3 consecutive scoreless innings.

Next up for the Longhorns is a 6 p.m. game Wednesday at Texas State.

Henley likes look of Longhorns as they complete sweep of Baylor