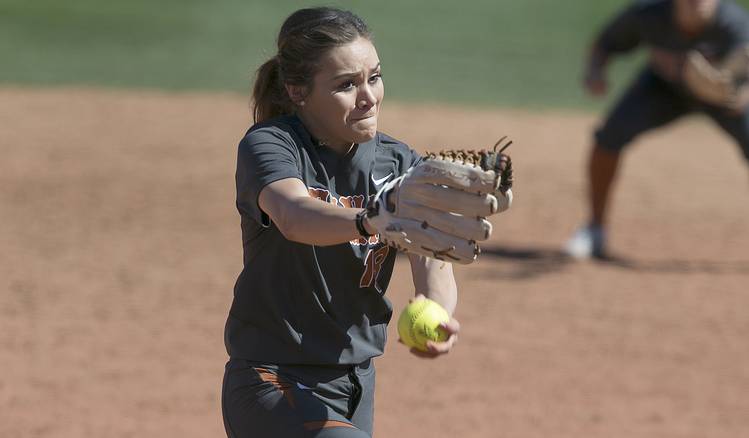 The current Texas softball team had the edge in the alumni game Sunday, building a 9-0 lead before settling for a 9-7 victory.

Janae Jefferson, a sophomore second baseman, went 2-for-3, scored three runs and stole a base. Junior center fielder Reagan Hathaway went 2-for-4, scored twice and drove in a run.

Olympian Cat Osterman pleased the fans by stepping into the circle and striking out the only batter she faced.

Up next for the Longhorns is a doubleheader against Galveston College and Temple Community College starting at 4:30 p.m. Wednesday at McCombs Field.