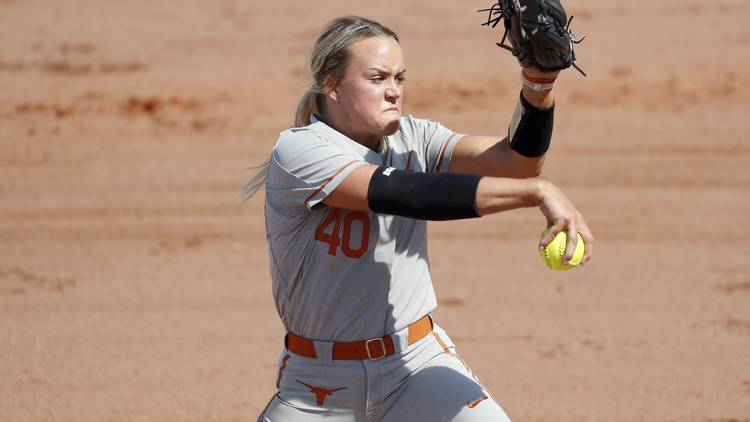 The Longhorns softball team picked up two wins to open their play in the Texas Invitational at McCombs Field Friday. They topped Tulsa 9-1 in six innings after beating Sam Houston State 9-1 in five. Both wins came via the run rule.

Both games started with the opposing teams taking the lead early, but the Longhorns bounced back quickly to take control of both contests.

Miranda Elish had another stellar game, picking up the win against Tulsa in the afternoon as she gave up one unearned run on two hits through five innings. She struck out 11 and walked just one. At the plate, she drove in two runs and scored another.

Lauren Burke had just one hit, but it was a two-run triple to end the game in the sixth.

Janae Jefferson went 2 for 4 with two RBIs, two runs scored and a stolen base. Reagan Hathaway also had two hits and scored two runs to go with a double.

After Tulsa went up a run, the Longhorns scored on a single by Elish that drove Hathaway home in the bottom of the first.

The Longhorns went on to score two runs in the third, two in the fourth and one in the fifth before a three-run sixth.

Earlier in the day, Texas pounded out 11 hits and held Sam Houston State to just one on the way to a 9-1, run-rule win in five innings over the Bearkats.

Shealyn O’Leary took the win for Texas, allowing just one run on one hit through five innings. She struck out eight batters and didn’t surrender a walk to improve to 3-0 on the season.

Burke hit a home run as she went 2 for 3. Bekah Alcozer and Kaitlyn Washington each doubled and drove in two runs. Shannon Rhodes also drove in two runs in a five-run, fourth inning that led to the win. The Bearkats were unable to score in the top of the fifth to extend the game.

Mary Iakopo got the Longhorns on the scoreboard in the bottom of the first with a double that tied the game. Elish scored on the play and ended up scoring two runs.

The Bearkats’ only run came in the first inning on a ground out by Bailey White. Regan Dunn scored the run.

Texas next takes on Mississippi at 1 p.m. Saturday before facing Tulsa again at 3:30 p.m. They conclude the Texas Invitational Sunday at 10 a.m. against Mississippi.