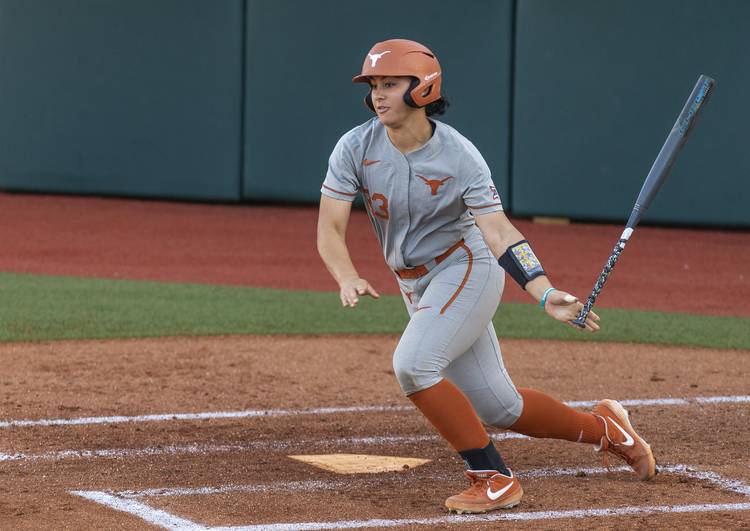 Iakopo led the offensive attack for a Texas team that produced four home runs on the night. Iakopo had two of them as she went 2-for-4 with three runs scored and four RBIs. Her second home run ended the game due to the run rule. That makes 14 run-rule wins for Texas this season, tying the school record set in 2011 and 2014.

Janae Jefferson, Kaitlyn Washington and Shannon Rhodes each had two hits in the game. Jefferson scored twice while Washington scored a run and Rhodes had an RBI.

Shea O’Leary bounced back from her only loss of the season with a shutout. She gave up just two hits to the Bobcats (19-16) and struck out two to improve to 12-1.

Elish hit a two-run homer in the first inning before Iakopo hit her first home run in the second inning.

Rhodes drove in a run in the fifth before the Longhorns closed things out in the sixth. Three-run shots by Alcozer and Iakopo sealed the win for Texas.

The Texas softball team next takes on Texas Tech in a three-game series in Lubbock beginning Friday at 6 p.m.