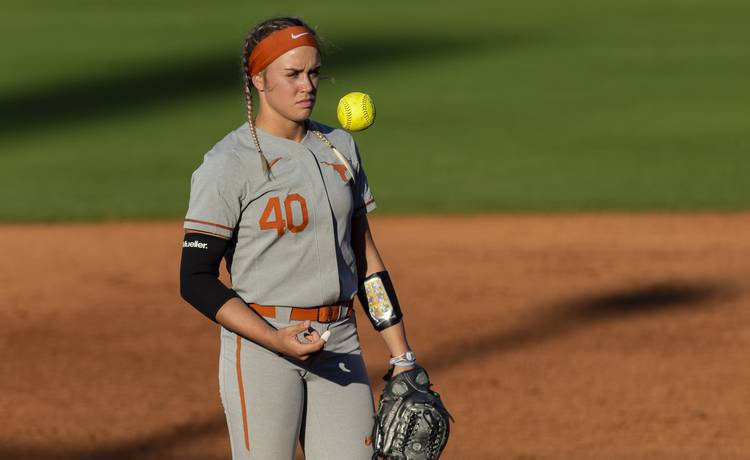 Miranda Elish pitched a shutout as the No. 11 Texas softball team defeated No. 15 Texas Tech 2-0 in Lubbock on Friday afternoon.

Elish (10-5) gave up five hits and struck out six batters in seven innings. She got the win over the Red Raiders’ Missy Zoch (12-4), a high school state champion at La Grange, who gave up two runs on three hits while striking out seven Longhorns.

The pitchers’ duel was scoreless until the sixth inning. Bekah Alcozer beat the throw home when Jefferson hit into a fielder’s choice for the first run. Later in the inning, Washington was hit by a pitch with the bases loaded, allowing Jefferson to score.

Friday’s game was moved up to 3 p.m. due to approaching rain. Saturday’s game is scheduled for 3 p.m., and the series finale is set for 1 p.m. Sunday.