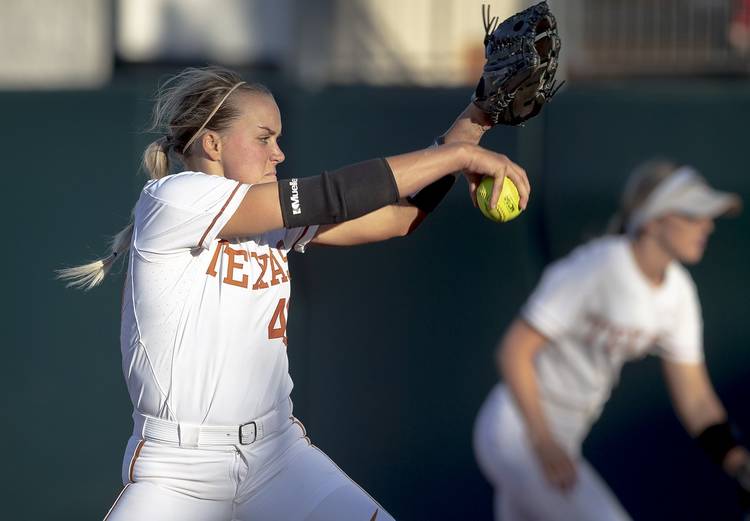 Miranda Elish threw a one-hitter as the Texas softball team defeated Baylor 1-0 in the series opener at McCombs Field on Saturday night.

Elish dominated the game after she allowed a hit to the first batter she faced, Nicky Dawson. The Texas pitcher improved to 14-8 as she struck out four and gave up just one walk. After Dawson’s hit, Elish retired 17 straight before allowing a walk in the sixth inning.

With the game scoreless in the fourth inning, Shannon Rhodes reached base on an error while Tuesday DerMargosian reached second. DerMargosian had stepped in to pinch run for Reagan Hathaway who singled earlier in the inning. Both runners advanced on a wild pitch, but DerMargosian got thrown out at home on a fielder’s choice later in the inning.

That’s when Jefferson came to the plate and drove home Rhodes with a two-out single.

The Texas softball team closes out the short series Sunday at 1 p.m.