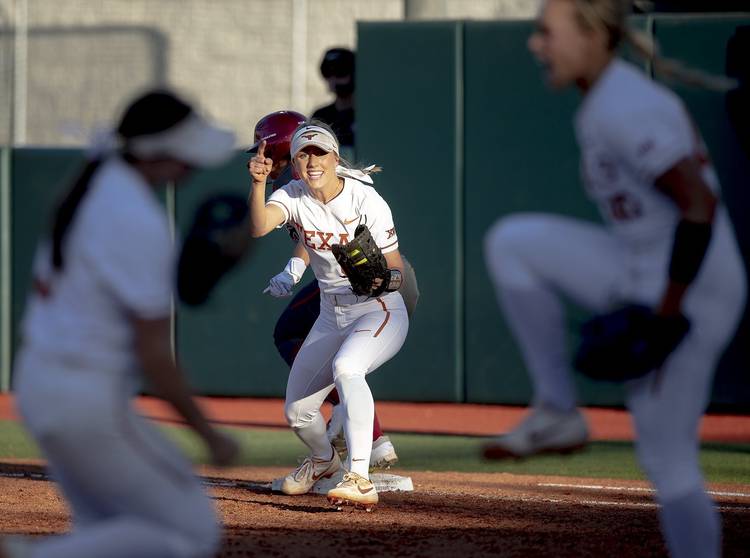 A three-run fifth inning boosted Texas to a 3-1 victory over Baylor on Sunday and completed a sweep of their two-game series at McCombs Field. The Longhorns won the opener 1-0 Saturday night as Miranda Elish threw a one-hitter.

In Sunday’s decisive fifth inning, Kaitlyn Washington tied the game with an RBI double and Lauren Burke delivered a two-run triple. Bekah Alcozer got the rally started with a single, and MK Tedder pinch-ran for her. After Washington’s double, Janae Jefferson was hit by a pitch. Burke then blooped her triple just past diving center fielder Lou Gilbert.

The Bears (18-31, 2-16) scored their only run in the third inning. Nicky Dawson singled, Kassidy Krupit was hit by a pitch, and Goose McGlaun had a two-out RBI single.

Freshman Shealyn O’Leary (13-1) got the victory with three innings of shutout relief to lower her NCAA Division I-leading ERA to 0.48. Elish earned her third save with 1 1/3 scoreless innings, including a bases-loaded strikeout to end the sixth.