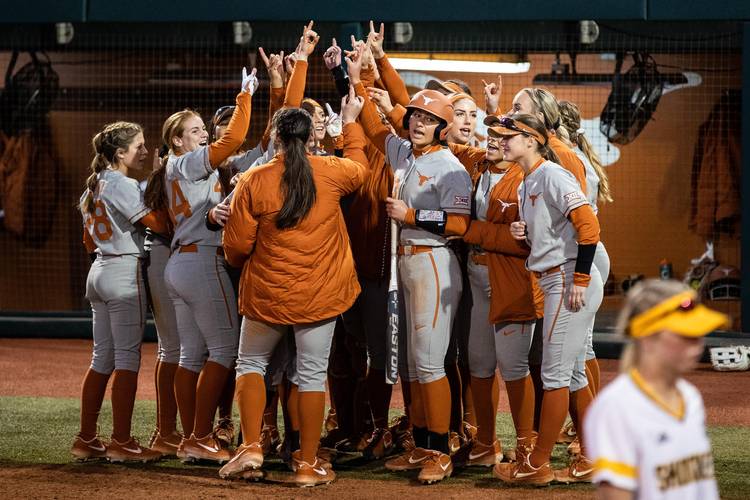 Shea O’Leary pitched a one-hit shutout as the Longhorns poured on 17 runs in a 17-0 run-rule win over Maryland at the Texas Classic on Thursday night.

It took just five innings for the Longhorns to take the win as they scored 11 runs in the bottom of the fourth.

Nine members of the No. 6 Longhorns drove in runs. Miranda Elish, who won the first game of the day by striking out 10, went 4 for 4 with a home run, a double, two runs scored and six RBIs in the second win for Texas.

O’Leary gave up just one hit and walked one while striking out five.

Reagan Hathaway and Mary Iakopo each drove in two runs. Hathaway hit a home run and scored twice while Iakopo had a double and scored a run.

Camille Corona went 2 for 2 with a run scored and an RBI.

The Longhorns scored three runs in each of the first and second innings. The offense exploded in the fourth inning, plating 11 runs.