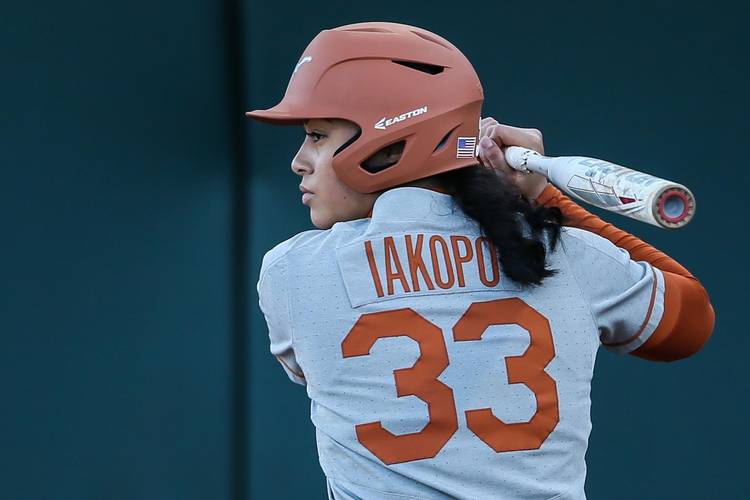 The No. 6 Texas softball team made history with five straight run-rule wins to open the season, topping Wichita State 9-1 in five innings on Saturday at the Texas Classic.

Mary Iakopo drove in four runs as she hit a double and a home run to lead the Texas offense.

Shea O’Leary improved to 2-0, allowing one run on five hits while striking out six in five innings.

Colleen Sullivan drove in two runs while Shannon Rhodes went 2 for 3 with an RBI and two runs scored for UT.

Courtney Day also drove in a run for Texas as the Longhorns had eight players cross the plate.

A throwing error, an RBI single by Day and a home run by Iakopo in the first inning helped Texas get a 5-0 lead.

Neither team scored for three innings before Texas ran off four more runs. They ended the game in the bottom of the fifth on a double by Iakopo.

With the win Texas has outscored opponents 60-6 so far this season.

Miranda Elish picked up her second win, allowing just one hit while striking out eight in four innings. She also had another great day at the plate, hitting a home run while driving home three and scoring twice. Elish has three home runs in three days.

Janae Jefferson and Shannon Rhodes each went 2-for-3 with a run scored for Texas. Rhodes also doubled, as did Kaitlyn Washington who also drove in three runs.

The Texas softball team closes out the Texas Classic with a game against Texas A&M-Corpus Christi on Sunday at 11:30 a.m.