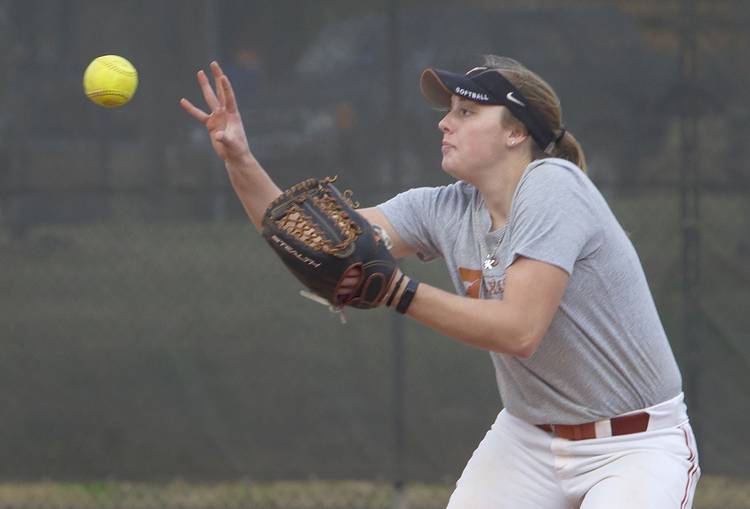 The Texas softball team returned from its California spring break trip with a 4-2 record, suffering losses to No. 10 UCLA and Cal State Fullerton, which also has a win against No. 14  Baylor. On Wednesday, the Longhorns (17-11) defeated McNeese State 4-0.

Texas will open conference play this weekend in Stillwater, Okla., against Oklahoma State (19-11). The Cowgirls were picked to finish fourth in the Big 12 behind Oklahoma, Texas and Baylor.

Baylor has been a surprise this season, posting a league-best 26-5 record. The Bears are a legitimate threat to keep Oklahoma from winning its sixth straight Big 12 regular-season championship.

Since losing to Cal State Fullerton on March 5, Baylor is 7-1 and lost the final game of a three-game series against Central Florida on Sunday in Orlando. It should be noted that in the first two games of the series, the Bears recorded a run-rule victory and a shutout.

Oklahoma (24-7) has been kind of an anomaly this year. The defending national champion lost two games to Cal Poly in Los Angeles last weekend and dropped a 4-3 decision to No. 5 Arizona on March 14. The Sooners are 7-3 in their past 10 games. I wouldn’t count out Oklahoma in its bid to repeat as the Big 12 champ, but Baylor is playing some of the best softball in the conference.

Here’s a look at the seven teams in the Big 12, including where I think they will finish in conference action:

BIG 12 POWER POLL: As we head into opening weekend of Big 12 play, Baylor retains the top spot for the third straight week and looks to be the team to beat in the conference race. Oklahoma, the defending Big 12 champion, stays at No. 2 while the Longhorns, Oklahoma State and Kansas are neck-and-neck in the middle of the pack.

ON DECK: The Longhorns open Big 12 play this weekend at Oklahoma State with a three-game series. In Texas’ mid-week contest, the Longhorns will visit UT-San Antonio on Wednesday.

AROUND THE HORN: Here’s a quick look at a few story lines involving the Big 12, state schools,  the Longhorns and their opponents:

Texas football fans, do you need a Thursday playlist? The Longhorns have you covered