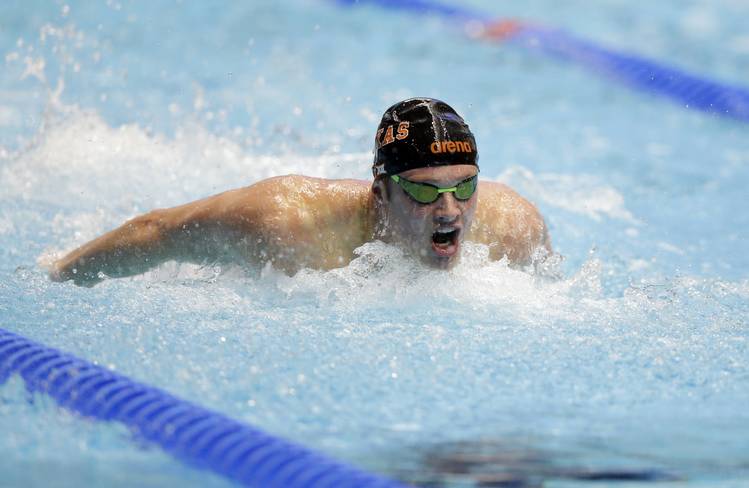 Jack Conger, a former Longhorn swimmer, won the 200-meter butterfly at the USA Swimming National Championships in Indianapolis, Ind. on Tuesday, earning a spot on Team USA for the World Championships in Budapest, Hungary next month.

Townley Haas, a soon-to-be junior at Texas, also earned a spot on the team with a third-place finish in the 100 freestyle. He’ll compete on the 400-relay team for the United States.

Conger finished his race in 1 minute, 54.47 seconds as he led from wire-to-wire. He holds the NCAA, American and U.S. Open records in the event and his win makes it his first individual berth at a senior-level international meet.

Haas took third place with a time of 48.20, trailing Nathan Adrian and Caeleb Dressel in the 100 freestyle.

Conger and Haas won gold in the 800 relay at the 2016 Olympic games in Rio de Janeiro, Brazil.