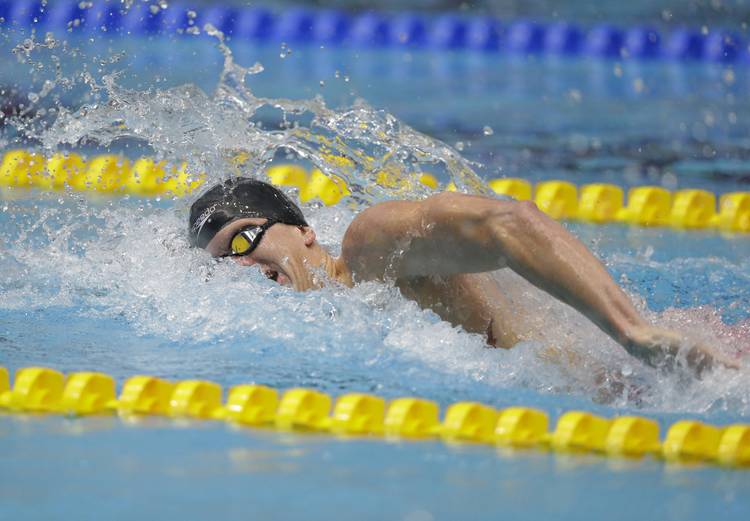 The Texas swimming and diving team will be well-represented on the USA Swimming national team.

Six Longhorns were named to Team USA’s roster for the 2018-19 season, USA Swimming announced this week.

Two women will join the national team for three events. Evie Pfeifer, a sophomore, qualified for the 200- and 400-meter individual medley as a result of her performance at the 2018 Nationals. Grace Ariola, a freshman, will swim the 50 freestyle after a time of 24.83 seconds at Nationals.

On the men’s side, four Longhorns will represent UT on Team USA.

Senior Townley Haas won gold at the Pan Pacific Championships in the 200 freestyle, qualifying him for the team again. Junior Tate Jackson won the “B” final in the 100 freestyle at Nationals to qualify. Austin Katz, a sophomore, took third place in the 200 backstroke at the Pan Pacific Championships to earn his spot on the squad. Senior Sam Stewart set a school record at Nationals to qualify for the team in the 400 IM.

The top six swimmers from each individual Olympic event make up Team USA.