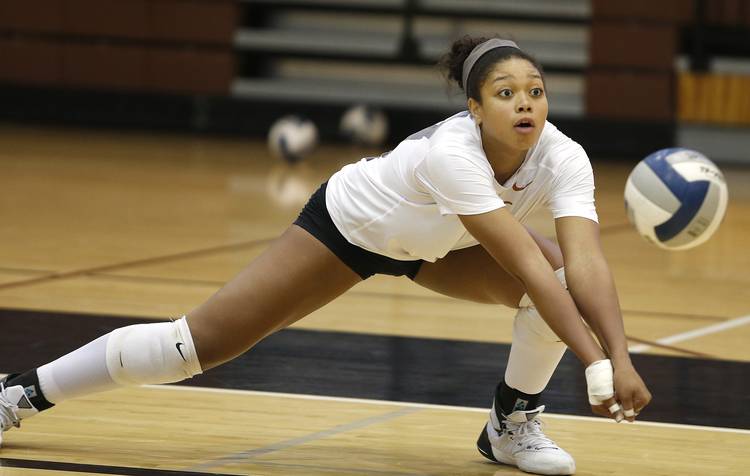 Collins led the Longhorns with 28 assists and 15 digs against the Roadrunners. The senior also had two kills, two aces and a block.

Micaya White, a freshman at UT, led the Longhorns with 13 kills. Paulina Prieto Cerame had 10 kills in the match.

Morgan Johnson had seven blocks for Texas as White added four of her own.

The first set was close as the Longhorns found themselves tied with UTSA on multiple occasions, eventually coming out on top 27-25.

Prieto Cerame and Ebony Nwanebu came up with key kills late in the second set to secure a 25-23 win before the Longhorns closed out the match 25-21.

Earlier Thursday, Nwanebu had a season-high 25 kills in the home opener.

Nwanebu also had 11 digs, two blocks and an ace in the win over Lipscomb. It was her second match with a double-double this season. Collins had 43 assists for Texas as well as six blocks to lead the Longhorns in both of those categories.

The Longhorns had 11 blocks in the match, five more than Lipscomb.

Paulina Prieto Cerame had 12 kills while White finished with 13.

After winning the first set, Texas trailed in the second set 5-1, but eventually won 26-24. The Longhorns dropped the third set before completing a comeback win in the fourth to close out the match.

Texas will next face Army at 7:30 p.m. on Friday in their third match of the American Campus Classic.