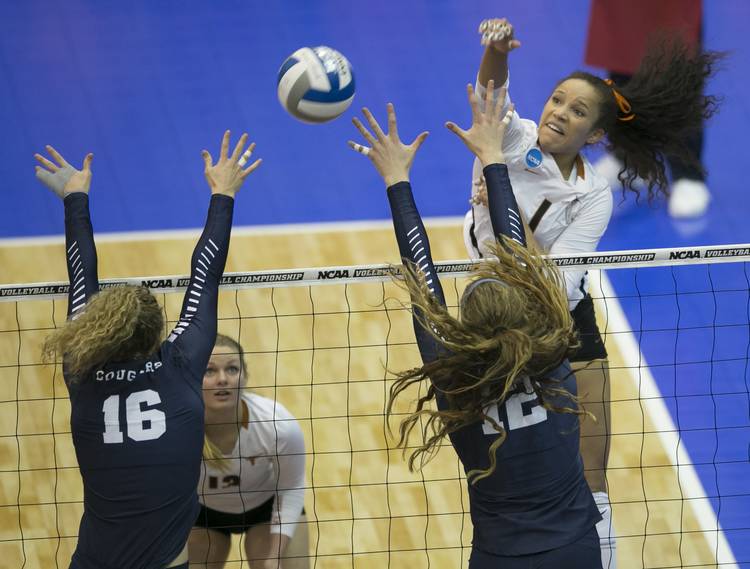 Micaya White was named VolleyballMag.com’s freshman of the year while three other Longhorns were honored by the site.

Ebony Nwanebu was named a Division I First-Team All-American while Paulina Prieto Cerame and White were named to the second team. Chloe Collins was selected as a third-team member.

White is the third Longhorn honored as a freshman, following in the footsteps of Haley Eckerman (2011) and Demetria Sance (1995). She finished this season with 479 kills while hitting .273. White had 551 points, 83 blocks and 263 digs on the year.

White was named an AVCA First-Team All-American in addition to being named the Big 12 freshman of the year. Nwanebu joined White on the AVCA first team as she made 423 kills while hitting .379. Nwanebu was also named a finalist for the Honda Sport Award.

Prieto Cerame finished the season with 413 kills and 459 points.

Collins had 1,344 assists and 286 digs in addition to being named an AVCA Second-Team All-American.

Stanford’s Inky Ajanaku was named player of the year while coach of the year honors were given to Creighton’s Kirsten Bernthal Booth.