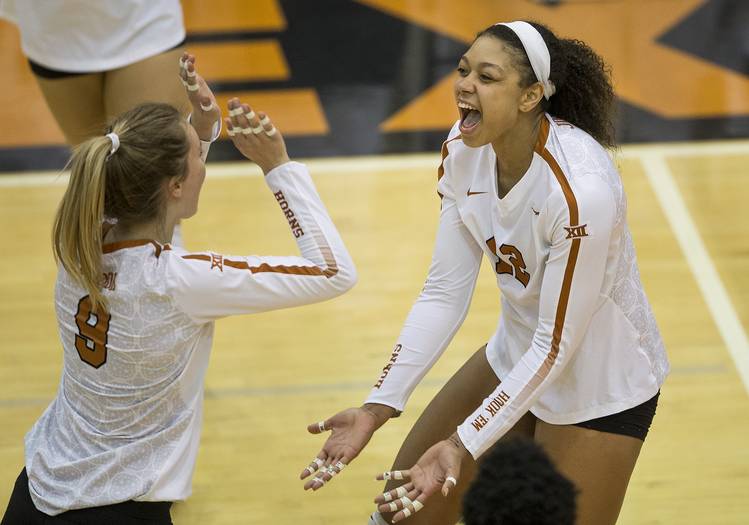 Texas released its 2018 volleyball schedule on Friday, and the Longhorns should expect to be tested this fall.

For the second straight year, Texas will open its season against Florida and Oregon at the VERT Challenge. UT is set to host non-conference matches against Texas State and Kentucky, and the team will travel to Wisconsin. Stanford, which has beaten Texas in the last two postseasons, will partake in a home-and-home series with Texas on Sept. 11 and 14.

Texas’ first match in Big 12 play will be against Kansas State on Sept. 19.

Texas will play 13 matches against nine teams that reached the NCAA tournament in 2017. Florida was the NCAA’s runner-up last season. No. 4 Stanford, No. 6 Kentucky and No. 12 Wisconsin were all top-tier teams in the AVCA’s final poll of the year. Texas was listed fifth in those rankings.

Gregory Gym is going to be popping this season! Check out our 2018 schedule, including 12 matches vs. opponents ranked in the 2017 AVCA Final Coaches poll #PointTexas 👀🤘🧡
📅https://t.co/3DGwN3JtBs
🎟️JOIN US: https://t.co/kXBbpY5vmW pic.twitter.com/3HQ6umm3sQ

There were two notable omissions from UT’s schedule. After meeting the past two seasons and during a scrimmage this spring, Texas will not play rival Texas A&M. The Longhorns will also miss NCAA champion Nebraska and Texas transfer Lexi Sun at the Husker-hosted VERT Challenge.