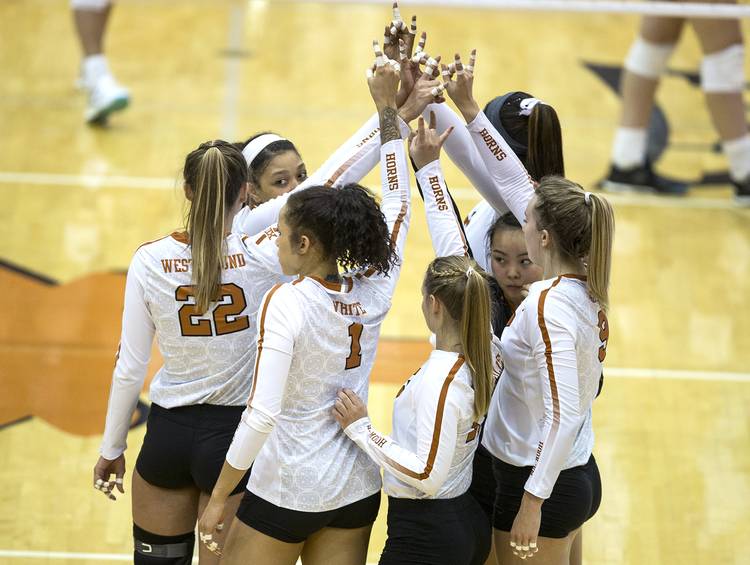 In what has become an annual ritual, Texas topped the Big 12’s preseason volleyball poll on Thursday.

Texas has been the preseason poll’s top team in each of the last eight seasons. The Longhorns went onto win the conference championship in six of the last seven years. In 2017, UT went 16-0 in conference play.

With 63 points, Texas distanced itself from Baylor (58), Iowa State (49) and Kansas (42). Texas picked up seven of the poll’s first-place votes. The league’s nine head coaches are not allowed to vote for their own team, so one of Baylor’s two first-place votes came from UT coach Jerritt Elliott. The Longhorns and Bears will meet in Austin on Sept. 26 and Waco on Nov. 16.

Thursday’s news comes a day after Texas placed three players on the Big 12’s preseason team. Big 12 coaches also predicted that junior Micaya White would be the league’s top player. Incoming outside hitter Logan Eggleston was dubbed the preseason freshman of the year.

Texas, however, has some holes to fill on its roster. Chiaka Ogbogu and Cat McCoy, respectively the school’s all-time leaders in blocks and digs, have graduated. Two-time All-American outside hitter Ebony Nwanebu has also exhausted her eligibility. Sophomore Lexi Sun, who was once the nation’s top recruit, transferred to Nebraska in the off-season.

On Second Thought Ep 103: A look back on the success and failure of Texas athletics for 2017-18