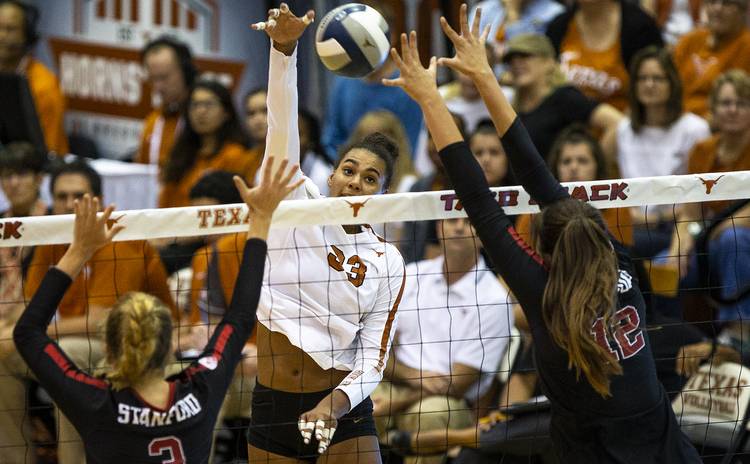 The Texas volleyball team utilized a 5-0 run to finish off a tough match with TCU, remaining undefeated in conference in Fort Worth Wednesday night.

Eggleston had 17 kills and tied for the team lead with five blocks. Brionne Butler also had five blocks for Texas.

The Longhorns went up two sets to none and seemed to be on the way to a sweep of TCU.

One category the Horns held a clear advantage in was blocks. They had 11 team blocks while the Horned Frogs managed just six.

Texas played like the No. 4 team in the nation in the deciding set, hitting .500 on the way to the 15-12 victory. The Longhorns fell behind 12-10 before scoring five straight points to take the set and match.