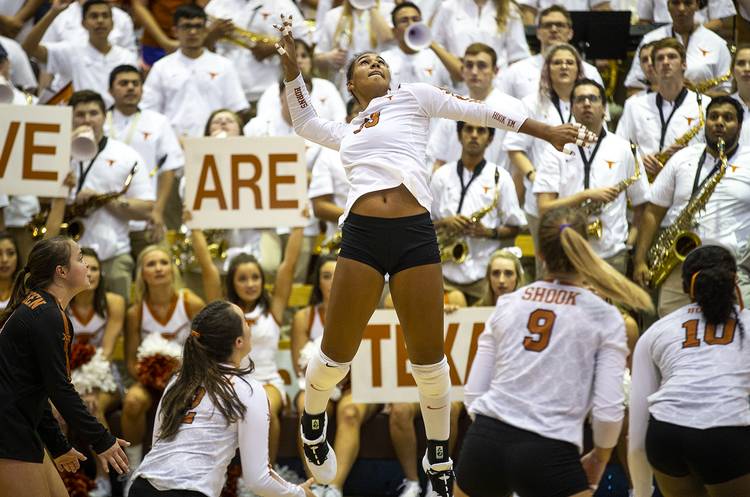 The No. 4 Longhorns (10-3) notched their third conference sweep in five matches with the win.

Micaya White led the Longhorns with 12 digs and was a kill shy of having a double-double. Sydney Petersen also had double-digit digs as she notched 10.

Ashley Shook made 34 assists in the win. She added three digs and three kills.

Brionne Butler led Texas with a pair of blocks as the Longhorns recorded four team blocks to Iowa State’s six.

The Cyclones had three players with double-digit kills, but it wasn’t enough to win a single set. Grace Lazard led with 11 kills while Josie Herbst and Jess Schaben each totaled 10.

Texas started the first set with a 4-0 lead and kept the Cyclones at bay for much of the match. A kill by Yaazie Bedart-Ghani put the set away.

The Cyclones kept the second set close, eventually taking a 17-15 lead. The Longhorns responded with a 3-0 run to regain the advantage. Iowa State went up 19-18 before a 5-0 run by Texas propelled them to the win.

In the final set Texas held a 21-19 lead before winning four of the next six points to clinch the match.

The Texas volleyball squad next travels to Lawrence to take on the Kansas Jayhawks Wednesday at 8 p.m.