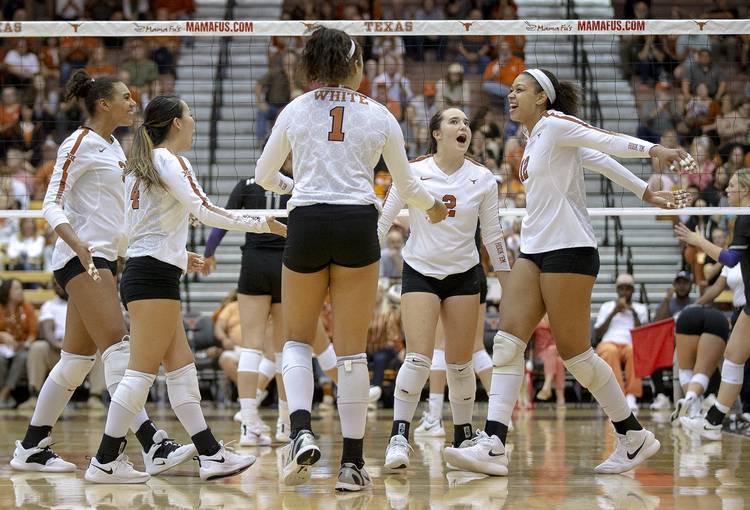 The Longhorns had three players hit double digits in kills to take the win. Overall, the visitors had 49 kills to Texas Tech’s 37.

Sydney Petersen led Texas with 12 digs while White and Autumn Rounsaville each had seven.

Jhenna Gabriel once again led the Longhorns  with 43 assists.

Just days after the Longhorns clinched the Big 12 title outright, they swept through Texas Tech to improve to 19-4 overall and 14-1 in conference.

Over the last eight matches, Texas has surrendered just three games in Big 12 action. The Longhorns began that eight-game stretch with a sweep of the same Red Raiders.

The Red Raiders kept up with Texas early, trailing by just a point at 12-11 in the first set. From there, the Longhorns went on a 4-0 run to go up 16-11. Texas Tech came to within three points multiple times, but Texas never relinquished the lead.

Texas made the same move in the second set, going on a 4-0 run when it led 12-11. Tech got to within a point multiple times, but the Longhorns ended the set on a 4-1 run.

Texas led 20-18 in the third set before rattling off five straight points to close out the match.